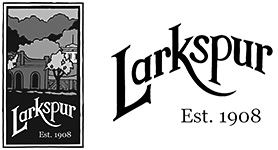 History of the Larkspur Library 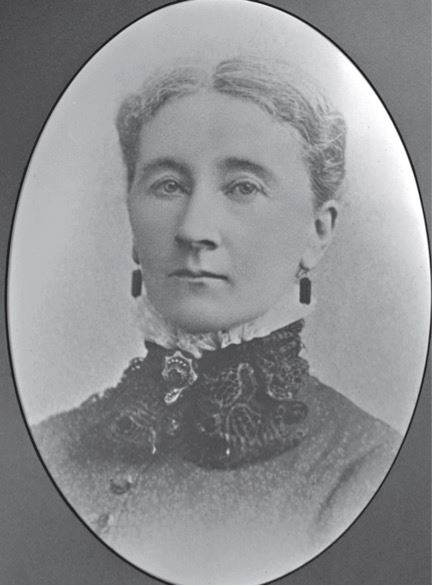 Women’s Club under the leadership of Belle C. Brown (Pictured on the right). It was located in a small room in the City Hall and staffed by volunteers. Fundraisers and donations kept it going. After ten years, in 1923, the City Council adopted an ordinance and assumed responsibility for the operation of the library. Five trustees were appointed to a Larkspur Library Board.
For the next thirty-six years, Mrs. Helen Wilson was Head Librarian and responsible for the library’s growth. She enlarged the library collection significantly, and developed library services. With her strong personality and sense of humor, she put her personal stamp on the library in a number of ways. Council Member, Joan Lundstrom remembers that she had a big rubber stamp that she put on the inside cover page of books that said: “Please wash your hands before using this book.” She was strict in protecting the library materials, and even required the nuns across the street at St. Patrick’s Church and School to pay fines.
In 1939, the old fire station on the ground floor of the City Hall was remodeled for the use of the library. This produced 1300 square feet with an outside entrance. In 1949, Mrs. Wilson retired and Richard Kilbourne became the third Librarian. The library continued to grow, and in 1959 the City Council moved upstairs to relieve the over-crowded conditions, giving the library 2600 more square feet. In March of 1969, a joint meeting of the Library Board and City Council was held to discuss the library’s chronic lack of space. In 1970, another 700 square feet was acquired when the City’s Administrative Offices moved upstairs in the City Hall building.In 1970, Larky was born. Over 300 school children from Larkspur and Greenbrae participated in the contest to name this rather benign book-devouring hippopotamus as a mascot. A panel of judges, which included a San Francisco Zookeeper and a local radio personality, selected Larky as the most descriptive name. A cheerful, yellow, plump hippo, Larky has appeared at a number of library and civic events, in addition to the annual 4th of July parade. Long before Proposition 13, a group of local citizens, headed by Councilman Charles Curley, foresaw the possibility of future funding problems for cultural institutions such as public libraries. As a result of this concern, the Larkspur Library Foundation, a nonprofit corporation registered with the State, was established as an agency for supplemental support of the library in Larkspur and Greenbrae. The Foundation worked with the Friends of the Library, volunteer workers, private donors, and the San Francisco Foundation to garner the funds necessary to remodel the library, which was coordinated with a City Hall overhaul. In 1983, The library space was significantly renovated by architect Sally Swanson & Associates, with expanded open stacks which accommodate 50,000 books, and a warm, welcoming reading room for patrons. The design of the library echoes the Mission Revival and Italian Villa architectural style of the building. The entrance to the library includes a vaulted lobby with columns and art deco stained glass windows in the door and adjoining windows, as well as in windows in the centralreading room. The furnishing and interior trim reflects the building style, with Victorian trim and wallpaper, wingback chairs, brass lamps and dark hardwood tables, counters, chairs and shelving. The children’s area was moved downstairs to the former firehouse room.
In 1992, James Sullivan became the 4th Library Director, serving for seven years. He was followed by the fifth Director in 1999, Frances Gordon who spearheaded the transition to an automated library system. In 2001, The library received a LSTA grant from the California State Library in 2000 for $60,000, to automate the library systems and to join the countywide MARINet consortium. The library continued to move forward with technology, with internet services added in 2006, and electronic resources becoming more and more prevalent in ensuing years. In 2016, the sixth, and current Director, Janice Akel joined the Larkspur Library. She has been working with the Larkspur Community to bring the library into the 21st Century.
References:Personal interview with Frances Gordon, 5/25/2011 at the Larkspur Library.Larkspur Past and Present: A History and Walking Guide. Larkspur, CA:Larkspur Heritage Preservation Board, 1991 and 2010.

Larkspur Past and Present 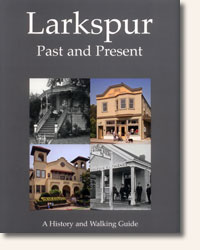 Larkspur Past and Present, the book for everyone who loves Larkspur, boasts:• 384 pages of Larkspur history and lore• Over 600 photographs, many new to this 2010 edition• Clear maps for walking explorations• Fascinating stories that reveal unexpected facets of life in Larkspur• A treasure trove of Larkspur’s architectural gems• Visits to neighborhoods not included in previous editionsLarkspur Past and Present is filled with surprising facts about the city and its colorful residents! For example:• One of California's earliest ten-pin bowling alleys operated during the early 1850s in Larkspur's Baltimore Canyon.• Larkspur’s City Hall was built in just five months at a cost of $15,110.50.• Leon Uris wrote his acclaimed first novel, Battle Cry, in Larkspur.• Janis Joplin and other early pop music icons made their homes in Larkspur.
About the Team 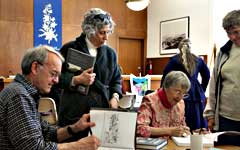